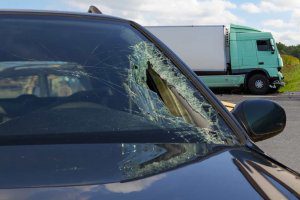 What are the responsibilities of truck drivers?

Truck drivers have a different set of legal responsibilities and requirements compared to regular drivers. They also have additional oversight agencies, such as the Federal Motor Carrier Safety Administration (FMCSA).

In addition to obtaining a standard commercial driver’s license, truck drivers also are required to obtain specialized training and licensing for certain cargo types or vehicle lengths. Some training requirements for truck drivers changed as of February 2020.

If a passenger vehicle meets the requirements to be considered a commercial vehicle, then the driver and vehicle are subject to federal and state truck driver responsibilities and regulations.

Federal law says that truck drivers must not drive more than 14 hours in a 24-hour period. Truck drivers used paper logs to track work hours. However, paper tracking is easily derailed or forged by unethical labor practices or forgetful drivers, which is where electronic tracking requirements come in.

Most truck drivers are required to have electronic devices on their vehicles that automatically track and share driving records. There are some exceptions to this requirement, such as if the driver is using a vehicle manufactured before the year 2000 or if the driver uses paper logs no more than 8 days per 30-day period.

To help prevent truck driver fatigue and other dangerous driving practices, truck drivers must have 10 hours off duty per 24-hour working period. Seven of those off-duty hours must be spent in the truck driver’s sleeping quarters, also known as a sleeper berth.

In Georgia, commercial truck drivers are limited when it comes to what streets or highways they can use. For example, truck drivers cannot use GA 400 or interstate routes inside I-285 unless they and their cargo meet certain requirements.

In addition, truck drivers are prohibited from driving through certain neighborhoods or using certain city streets.

There are several types of roadside inspections ranging from vehicle or driver inspections to inspection of radioactive materials.

About 6% of all truck drivers inspected in Georgia last year were placed out of service. Federal records say that the top five truck driver issues discovered during 2020 inspections were lane restriction violations, seat belt violations, speeding, not obeying traffic lights, using cellphones while driving, and record of duty status violations.

About 35,000 commercial motor vehicles were inspected last year. Records say those inspections uncovered more than 92,000 violations. About 29% of trucks analyzed during Georgia roadside inspections last year were placed out of service.

Accidents involving commercial motor vehicles involve many more parties than those counted at the scene of the wreck, and most personal injury lawsuits end up settling out of court.

Experienced Atlanta truck accident lawyers will help you successfully navigate the muddy waters of commercial vehicle law and fight for the compensation you deserve. The Haug Law Group has won over $20 million in settlements. Contact us today for a free consultation.